Tyson Nimmick was born April 10, 1981, the 3rd child of Peg and Brad Nimmick. He was a 2000 graduate of GFH following sisters Jennifer in 1991 and Britne in 1994. Tyson excelled in sports in and out of school and was on the 1999 State Wrestling Championship Team. He had a life-long interest in drawing and creating. He displayed leadership abilities throughout school, being elected to student government, being selected as Prom King, attending Boys State, and being on the Great Falls Tribune’s Teen Panel. Tyson’s most admirable qualities were his kindness, gentleness, and ability to sense and help those in need.

Tyson graduated from MSU Bozeman School of Architecture in 2006 with an emphasis in Environmental Design. Tyson was a budding artist, architect, and small sign business owner. He was a member of the 706 Art Guild in Great Falls.

In spite of his many gifts, Tyson was afflicted with challenges which ultimately led to his early passing at the age of 30 on December 31, 2011. It is the hope of his family that in some small way the annual recipient of this scholarship will carry on Tyson’s goals and dreams.

Additional Information:
Preference will be given to students pursing studies in or related to Architecture or Drafting. 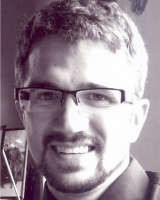